Top 10 unbelievable historical concurrencies Chemosynthesis is a process certain organisms use to obtain energy for the production of food, akin to photosynthesis, but without the use of sunlight. The energy comes from the oxidization of inorganic chemicals that the organisms find in their environment. The process occurs in many bacteria, and in another group of organisms known as archaea. The life forms that use this method to obtain energy are found in a variety of environments, including soil, the intestines of mammals, petroleum deposits, and in extreme conditions, such as around hydrothermal vents on the ocean floor. 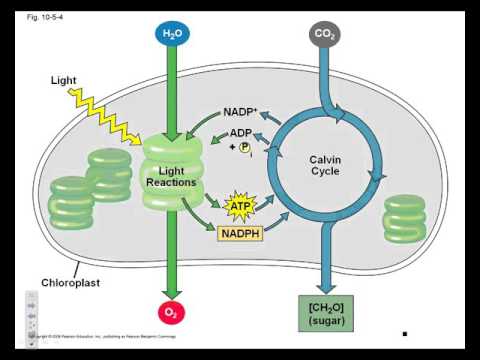 Chemosynthetic bacteria use inorganic molecules, such as ammonia, molecular hydrogen, sulfur, hydrogen sulfide and ferrous iron, to produce the organic compounds needed for their subsistence. Most chemosynthetic bacteria live in environments where sunlight is unable to penetrate and which are considered inhospitable to most known organisms.

They're primary producers because they produce their own food.

An organism that produces organic molecules from organic carbon is classified as a chemoheterotroph. Chemoheterotrophs are at the second level in a food chain. All living organisms obtain their energy in two different ways.

These organisms are known as phototrophs because they can make their own organic molecules using sunlight as a source of energy.

Among the organisms that can use sunlight as a source of energy include plants, algae and some species of bacteria.

The organic molecules produced by phototrophs are used by other organisms known as heterotrophs, which derive their energy from phototrophs, that is to say, they use the energy from the sun, indirectly, by feeding on them, producing the organic compounds for their subsistence.

Heterotrophs include animals, humans, fungi, and some species of bacteria, such as those found in the human intestines. Photosynthesis Phototroph Source Chemosynthesis The second way in which organisms can obtain their energy is through chemosynthesis.

Organisms living in regions where sunlight is not available produce their energy by the process of chemosynthesis. During chemosynthesis, bacteria use the energy derived from the chemical oxidation of inorganic compounds to produce organic molecules and water.

This process occurs in the absence of light. The survival of many organisms living in the ecosystems of the world depends on the ability of other organisms to convert inorganic compounds into energy that can be used by these and other organisms.

Plants, algae, and bacteria have the ability to use sunlight, water, and carbon dioxide CO2 and convert them into organic compounds necessary for life in a process called photosynthesis. Photosynthesis may take place in marine or terrestrial environments where the producing organisms are able to use sunlight as a source of energy.

Chemosynthesis occurs in environments where sunlight is not able to penetrate, such as in hydrothermal vents at the bottom of the ocean, coastal sediments, volcanoes, water in caves, cold seeps in the ocean floor, terrestrial hot springs, sunken ships, and within the decayed bodies of whales, among many others.

The giant tube worm Riftia pachyptila lives in a symbiotic relationship with sulfur-oxidizing bacteria. Since the energy from the Sun cannot be utilized at such depths, the tube worm absorbs hydrogen sulfide from the vent and provides it to the bacteria.

The bacteria capture the energy from the sulfur and produces organic compounds for both the tube worm and the bacteria.Nitrogen-based Chemosynthesis In soils and in freshwater, chemosynthetic activity by nitrifying bacteria is vital to plant growth.

All organisms need nitrogen to make amino acids, but the most abundant species of nitrogen, atmospheric N2, is a form that most organisms cannot take up.

Chemosynthesis is the use of energy released by inorganic chemical reactions to produce food. Chemosynthesis is at the heart of deep-sea communities, sustaining life in absolute darkness, where sunlight does not penetrate.

Chemosynthesis is the use of energy released by inorganic chemical reactions to produce food. Chemosynthesis is at the heart of deep-sea communities, sustaining life in absolute darkness, where sunlight does not penetrate.

Two other main sources for energy production are the tricarboxylic acid cycle and oxidative phosphorylation.

Alternatively, the pentose-phosphate pathway may be used. (except for small production rates by chemosynthesis at thermal vents) of its organic energy from sea surface photosynthesis, near-shore export, or terrestrial detritus.

The biosynthesis of organic compounds in chemosynthesis is achieved by autotrophic assimilation of CO 2 (Calvin carbon reduction cycle) just as in photosynthesis.